I've since edited about a dozen CTF & CTF4 maps with the Team Warlord, but this was the 1st.

Anybody that knows me knows Hall of Giants is one of my fave maps: 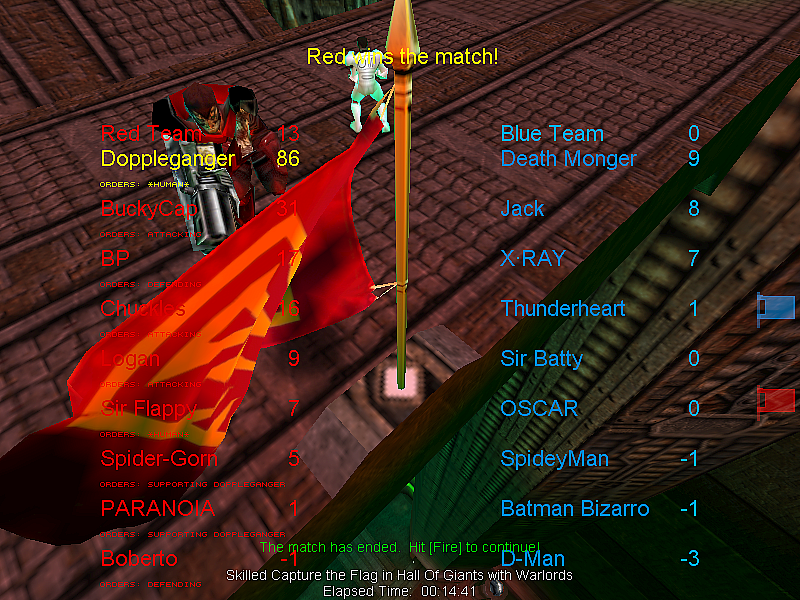 It's also ideal for Warlords because of the massive amount of empty flying space and the low gravity. Only downside of the UTDMW (file is actually UTDM.u) is when the Warlord dies it loses its team skin. I know how to make a corpse-skin for the thing, but really... who cares what team it was on after it dies? All that matters is when it respawns it gets its team colors back.

Did a little tinkering with projectiles. Red Team Warlord is using the most powerful disperson burst, which is reddish. Because the blue dispersion burst is fairly weak, opted to give the Blue Team Warlord a taser burst which is very strong too: 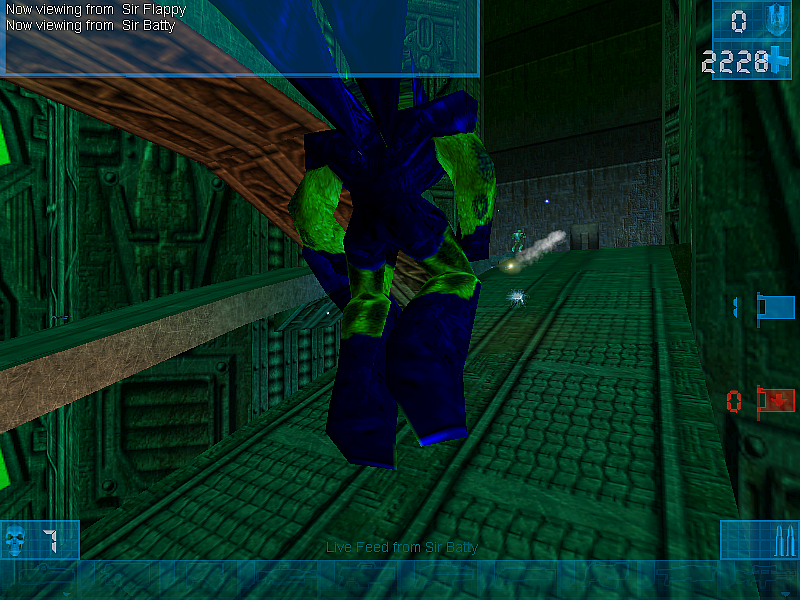 Figure anyone that plays CTF with Rocket-X or some other flying mod will enjoy this as well, given this is an edit based off the 2nd HallOfGiants CTF map, where the bases are really high up near the ceiling. Just be sure to not crash into the mirror!

That'll make sense when you're up there.