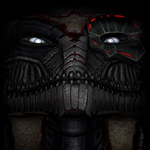 Hook wrote:I am not sure, but I could have sworn I have seen alternatives for the Stats/Community.
For the Community part - that is still going good!

As far as I have seen, some servers have the 'UT3Stats mutator', but this only works when you play on those servers.
GameSpy froze the general player stats, rankings are now default 1000 (as seen on the player list as server-administrator)
When a match on server ends, it sometimes 'writes stats for player x', but I wonder if this actually still does something.

Regarding the In-Game community (Menu, which I was referring to), that doesn't work anymore at all since the GameSpy shutdown, or am I mistaken here?
Can you still add 'friends'/send messages to players using the Score menu during an online game somehow?
My Titan WarFare Server:
http://www.gametracker.com/server_info/ ... 1.75:7777/
Forum: http://nyxclan.urealboard.com/
Top
Post Reply
31 posts