As promissed, another development update: Graviton (which you already saw, no change), Freezer and Vulcan. 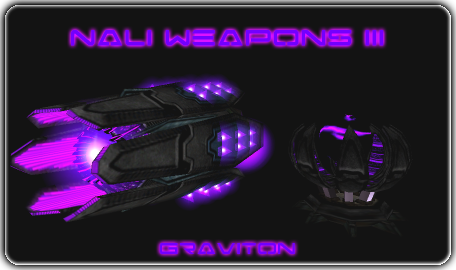 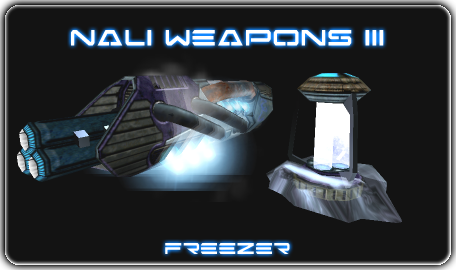 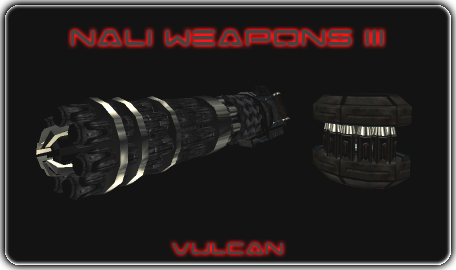 Next update will be done when TheMiner, IRPR and Cybot Launcher get ready (within 1 month, as the Cybots will be quite complex this time, as I will try to do some "cyborgs" and "flying squids" like the ones in Matrix or those planes from Necris on UT3, and also AI tactics, formations, orders, etc).

TheMiner will have a different aproach this time: it will be able to deploy more kinds of mines:
- Sticky Mines;
- Jumper Mines;
- Land Mines;
- Vehicle Mines.

Also I must notice that today I played during about 20 minutes Last Man Standing, in Deck16, with all the ready weapons from NW3, with max settings, with around 15 bots, and without any balancing setting apllied: I could win, but I got pwned by them (twice by being grabbed and tossed against the wall by the Graviton rofl), and there was a bit of spam (again, no balancing applied in this match). However, there wasn't almost any fps drops in the entire match, and when I went to see the log, it was clean regarding any errors, something that not even NW2 was capable off.
So, the myth of "NW3 is heavier than NW2" is a lie, and it's actually the other way around.

Also, I decided the release time to be in December (this year of course), however, there's a very high chance that some of the "NEW" weapons (not the remakes) get released as a bonus pack instead (as this pack can be extended like UT itself can with bonus packs).

Holy Crap This is Stunning!

keep up the good work!

Can this please be bright and orange like before? =D

Well:
- The effects are between yellow and orange.
- The plates are slightly golden and are shiny (metal like).

And it's supposed to be a darker and heavier weapon in the pack, for what it represents.

Regarding colors, it isn't that different from the old Vulcan. I personally like the new one as it is...

Can't wait for them, they look brilliant.

The Graviton looks awesome. I do like the one in Nali Weapons II though, but this one looks much better.
Top

Feralidragon wrote:Well:
- The effects are between yellow and orange.
- The plates are slightly golden and are shiny (metal like).

And it's supposed to be a darker and heavier weapon in the pack, for what it represents.

Regarding colors, it isn't that different from the old Vulcan. I personally like the new one as it is...

I guess it's perfect for deadcity =D

I agree, they will be cracking Weapons for the DeadCity maps, and the Godz maps i reckon.

Also, i think they will be good for MH-TempleOfTheGods.

Are there going to be any more Dead City maps en? Been on them and enjoyed 1-4. 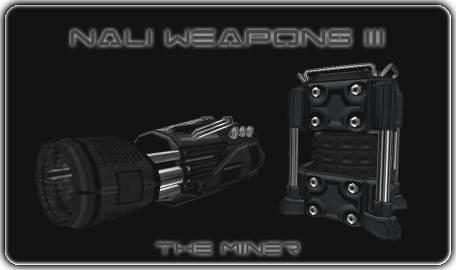 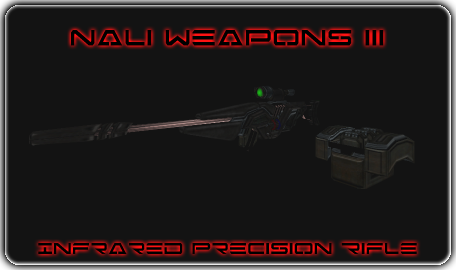 The Cybot Launcher wasn't even started yet (and it will take a while to be finished, more time than any other weapon actually).

The Miner: This weapon works differently from the previous version, as it has 6 different kinds of mines:
- Attach Mine (aka Sticky Mine, decided to rename it because the previous name wasn't accurate);
- Jump Mine (activated when "untouched", and jumps and explodes);
- Land Mine (this mine digs through the ground itself to deploy, no joke);
- Sea Mine (in land it's quite useless to "deploy", it was specially developed for water environments, as it is "spiky" and it's the only mine which actually floats to the surface);
- Vehicular Mine (powerfull mine made specially for vehicles and such);
- Air Mine (it gets deployed in the air and it's extremelly powerfull);

This is the Vehicular Mine explosion: 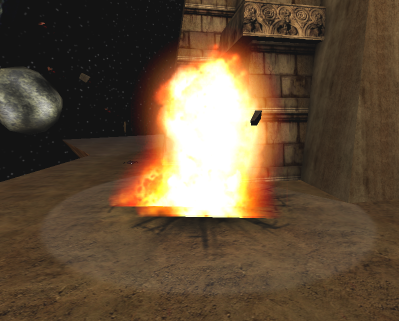 IRPR: Works the same way as before, with some differences: it has a "shooting trace effect" (you see the "laser" go through the walls and objects), the scope is much much better (more realistic), and the scope heat sensing ranges are configurable and are different from "direct view" to "hidden view" (meaning you will have a very short range regarding players you don't actually "see" [on the other side], and a really high range for people you actually see).
Plus, the people you don't see will appear as translucent, so you will know when they are in front of you or hidden.


Right now, the pack has enough progress to replace absolutelly all the weapons in the game, except the melee ones.
Also some more serious tests were made (by playing several matches today with my brother, 1vs1 and MH), and the pack proved once more to be really stable, however after these tests a few more fixes were made and some functions optimized.