History:
Well, I released the last version of Nali Weapons (Nali Weapons II X) for over a year, and today is as known as other popular weapon packs such as Chaos UT and Unreal 4 Ever (for my honest surprise).

The pack was known mostly for weapons like the Graviton, and the whole set of nuclear weapons, specially the MegaTon and UltimaProtos, and was adopted in several MonsterHunt servers, and a few DM servers as well, and for it's "quality" (you may laugh now, I did after I started this one

It was also known for 2 problems: huge filesize and some visual lag in case you didn't lower the detail settings of the pack itself.

Now, after more than a year, I am producing a whole new weapon pack: Nali Weapons 3.
This pack aims to solve all the problems it had before, and to give at least the minimal expected quality to a game like this nowadays ,not the best, but minimally decent, by remaking the whole set of the old pack weapons, and even add a few new ones.

Some of those remakes will have total changes in firemodes, others just the new effects and optimizations.

And, they will be balanced enough to be player under any gametype: DM, CTF, MH, etc. Just remember these weapons just get "ultra strong" with the modifiers, which are really meant for games like that, like MH for instance, as with them not activated, they are balanced, and there are some tweaks in each weapon that anyone can make to make them even more balanced (ammo consumptions, temperature restrictions in the Flame Tracker, etc).


PREVIEW:
Now a little preview of the pack (featuring 5 weapons, some features and the modifiers).
Sorry for the quality, but after 2 days of war against Movie Maker this the best quality I can give :\
http://www.youtube.com/watch?v=kEyl7xY-2HM


To compensate the lack of quality in the video, there's some screenshots: 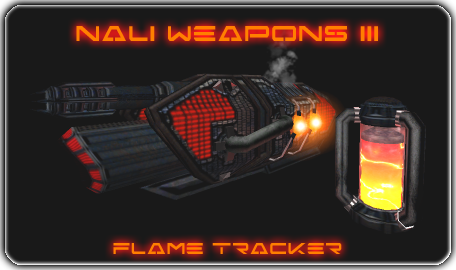 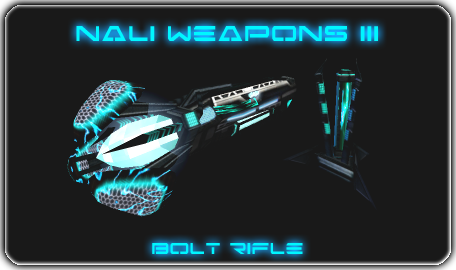 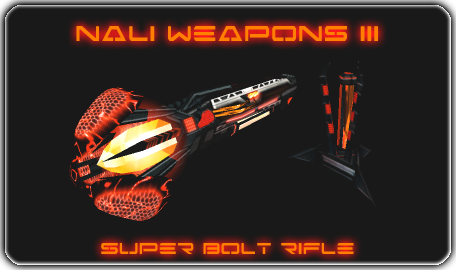 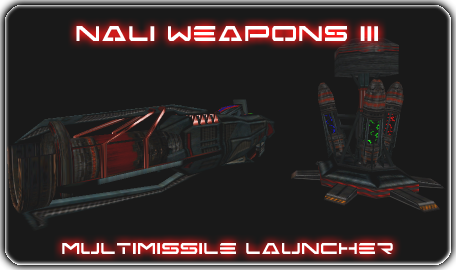 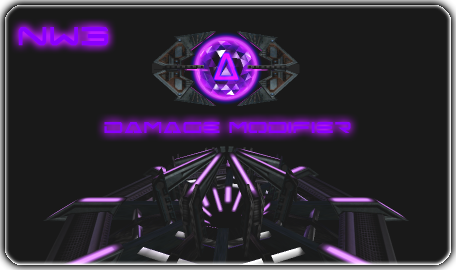 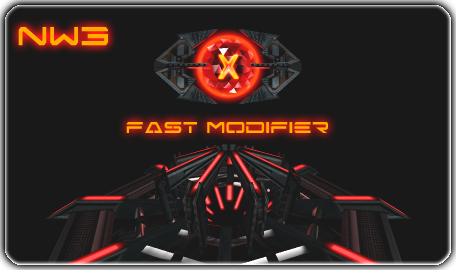 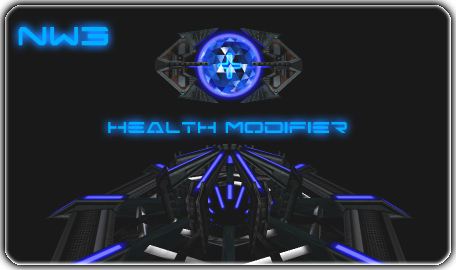 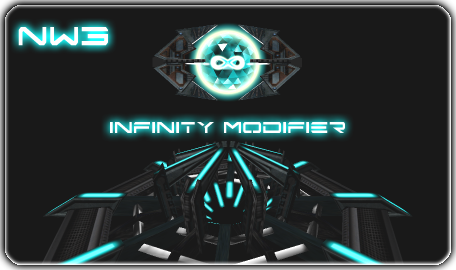 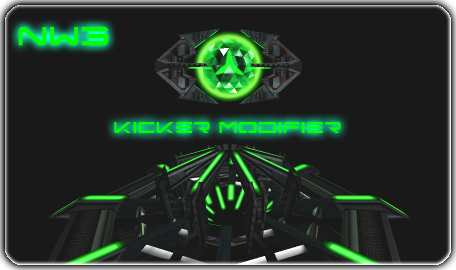 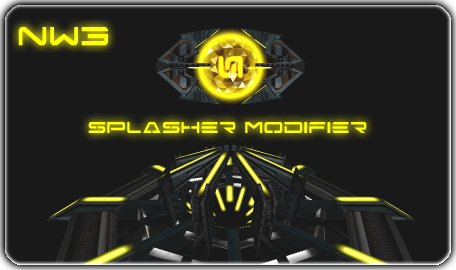 I can't show any nuke since I didn't got there yet, so for those who actually know the previous pack and its nukes, you can already imagine the quality difference from the old nukes to the ones which are yet to be produced.

Implented and working, both offline and online:

* Dynamic Coronas and LensFlares (no color blending, as it's not rendered on Canvas)
* Carcasses and "chunks" FX (flames and other effects)
* BSP "chunks/debris" FX (client-side only, and only appears when Decals are enabled)
* "Shockwave" special FX: new "shake" system (more realistic than UT standard one), timed effects, shock aproximation based FX
* New water effects (including instant-hit support)
* Weapon overlayers, glows/lights and effects
* New respawn FX: the respawn color can be customized, by a specific color or team based (support in all standard team gametypes)
* Ammo animation on respawn
* New crosshairs (discrete ones this time, not those big ugly ones like in the previous pack)
* New decals
* Totally new firing/projectile effects
* Hand rendering on the weapon: optional (can be visible or not, your choice) and doesn't get affected by the weapon effects (like UDamage, Modifiers, etc)
* Dynamic color projectiles (projectiles which color fades to others with the time)

* Weapon/Ammo/Pickup Replacer (fully customizable, being able to choose which weapon replaces which)
* "Not enough ammo" message when can't fire weapon due to lack of ammo
* "Special Mesh System" (?): mesh based actors with the "disappearing" bug fixed (tested and working, but not sure if I will implement it in the core)

New Weapons:
This pack will feature 17 different weapons, and 6 "utilities" which will be located at the 1st weapon slot.

* Spawner: NEW (spawns weapons, ammo, pickups, etc)
* MegaTon Decoder: Remake
* MegaTon Password: Remake
* Satelite Deployer: NEW (return from Nali Weapons v1.4, basically a satellite where an ion based attack can come and where you can see around like a camera)
* Cybot Controller - Order Giver: NEW (to be able to give orders to the cybots, like you do with bots)
* X-Binocules: NEW (to look at long distances and to retrieve info about a traced pawn: health, distance, name, team, etc)
* (Perhaps another utility? Like a jetpack or something lol, idk)

Differences relative to the old pack:

* View bob restored
* Higher quality (animations, effects, models, skins, etc...)
* Much lower pings (net code fully optimized)
* Full bot support (I really mean it, even if I have to "teach/force" bots how to deploy mines and nukes properlly)
* "Visual" lag: only in Max Detail Settings (Nali Weapons configuration file) and only having too many weapons/ammo in view

* Bigger filesize, but only regarding the ENTIRE PACK: in the previous pack, all the weapons and core were integrated into a single 80Mb pack, which was a huge mistake. This time Nali Weapons III will be divided like this:

a) Core file (about 15Mb on release, 11Mb currently)
b) One file per weapon/utility (between 2Mb and 9Mb, depending on the weapon features itself: more or less effects, projectiles, etc)
c) 3 configuration files: Nali Weapons III main ini, Weapons Configuration ini (specific weapon settings), Hands Customization ini
d) A Nuclear Pack (since the Nuclear Launchers, Deployers and Remote devices will use the same nuclear effects): perhaps around 10Mb

This brings several advantages:
- Just use the weapons you want in the server (clients won't download what you aren't using in the server, nor load them)
- New clients will see a "smaller" pack instead (with a good redirect, the clients will actually wait and won't notice the pack
size), and the ones reading this, in case they want to try it, might download it and install it first instead;
- Possibility to expand the pack without massive updates (either by me or anyone else), as well to fix specific bugs regarding specific weapon

Just one disadvantage though:
- If the core has some sort of terrible bug going on, or just an annoying one, I have 2 options:
a) Fix the core, don't rename it and release it as a patch - but people will get mismatches and that's bad
b) Fix the core, rename it and then I have to recompile every single weapon and pack associated so they can work with the new core, which means a massive version update (the whole pack release again), which is bad as well.

To avoid any of these 2 situations, I will try to get a private server with some beta-testers to fully test the pack before release, so terrible core problems don't happen afterwards.

Wow you done a terrific job on this. It looks awesome.
Oh, and could u tell me tht server name with this as a DM? It would be fun to try tht out

About DM servers, personally I don't know an active one right now. I meant that there were/are some guys doing some DM matches at night (only server active during that period), but I know this just because I saw some screenshots and such by chance at some websites talking about it.

I think one of the "hosters" already posted on this forum some months ago (check the other Nali Weapons topic on the forum).

The only servers I have been following are MH ones, but those are so many already that there's no need for a specific IP lol

I sugest people to use it in case they have any doubt or sugestions, and I will check it more frequently than most forums or even my website/blog.
I already had to say some stuff regarding the new pack 5 times in the same day in different places, and already saw one topic created just to ask when they are going to be released, which doesn't bother me, but might bother the admins having 2 or more topics about the same thing, and since it seems that most people nowadays are more into facebook and such, I created this page.

I will still update this topic here and in the other forums, but at least this way I can answer any question quicker as consider sugestions, plus the question or bug report of 1 person can be the same relative to the rest, and it can be discussed in a better platform than a forum or my website.

Sometimes I wonder if the original weapon programmers of UT99 have ever heard of mods like these. This mod is shaping up to actually be a little better then the original UT99 weapons. If this gets word, and there is ever a UT4, then I hope they step their game up