Before Scorpion took his forum down he gave me the prototype to a monster he'd never released before. It's basically the same predator in the MH-AvP.u but it looks better and seems a tad more deadly; though it's just as stiff. It has a shoulder cannon, wrist blasters, and a cloaking field.

It looks vaguely like a player model that came out about 7 years ago.

Went digging through the maps I had to find something good to present it on, and then I started switching skins on some of the other monsters on that too. Slight adjust to attacks and health as well. 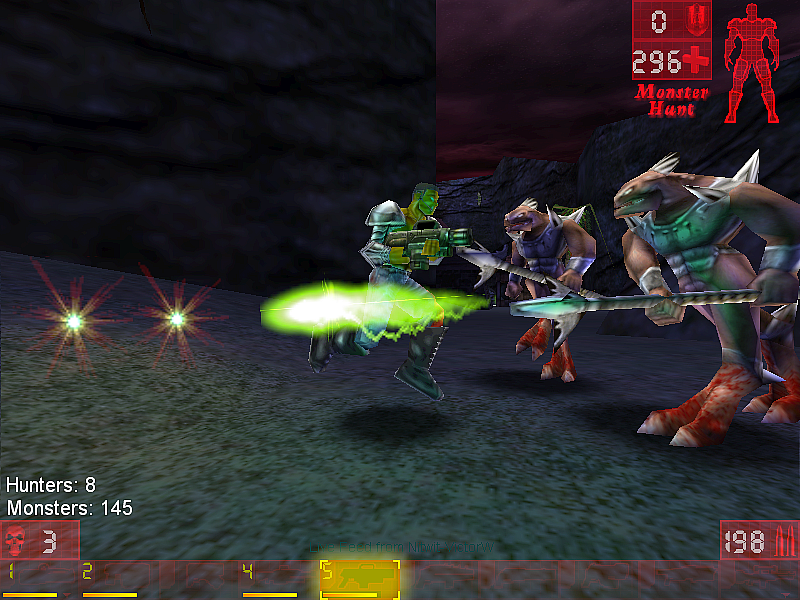 Other than the fact the Gasbags & Warlords switch to their default skin after they die, it's basically done... that's a tricky fix, so I didn't bother.

I swapped the SkaarjSnipers on the map with the Predators. Got them just shy of 9,000 health, which given their default health is 20,000 is a blessed gift. Due to this, I also placed an instagib right at the starting point of the map... which will be very handy unless you get killed after the spawnpoints update.