I don't always remember to back and check the links in the Obscure thread on ut99.org, but this is one of the times I'm glad I did. Because I saw this lil' gem of a map at the following link...

Okay, MH-UK-Aleins is a pretty decent map. Not structurally complex but the only BSP issues are past the exit so nothing really bad overall. It was mostly luck I has Nali Weapons 3 loaded up, but it worked out great, all things considered.

The aliens/aleins (spelled both ways on the map) are from the MH-AvP.u package. They have energy attacks and insane amounts of health, even with NW3 running and bots as backup it took awhile to get through this: 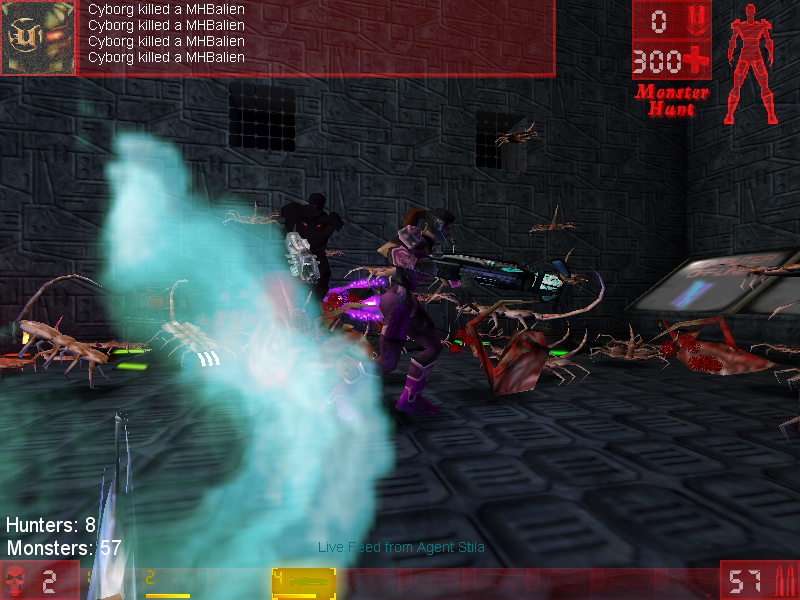 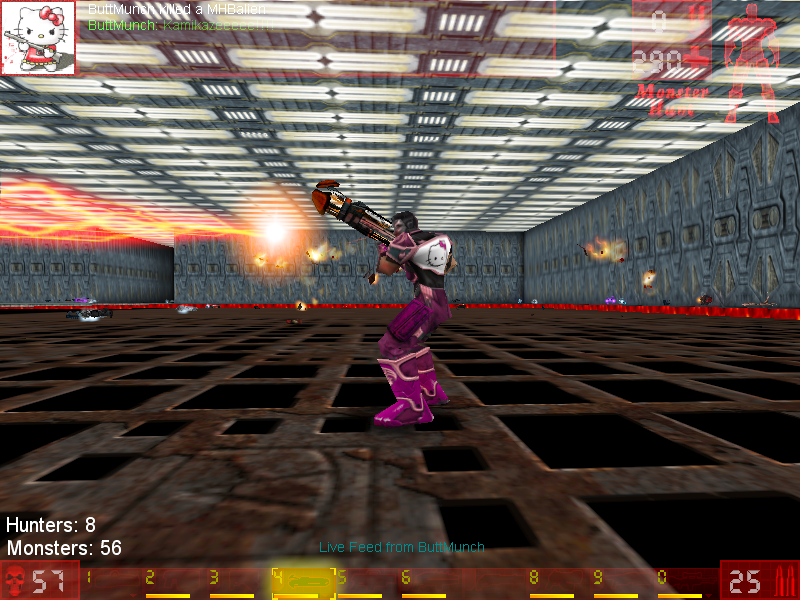 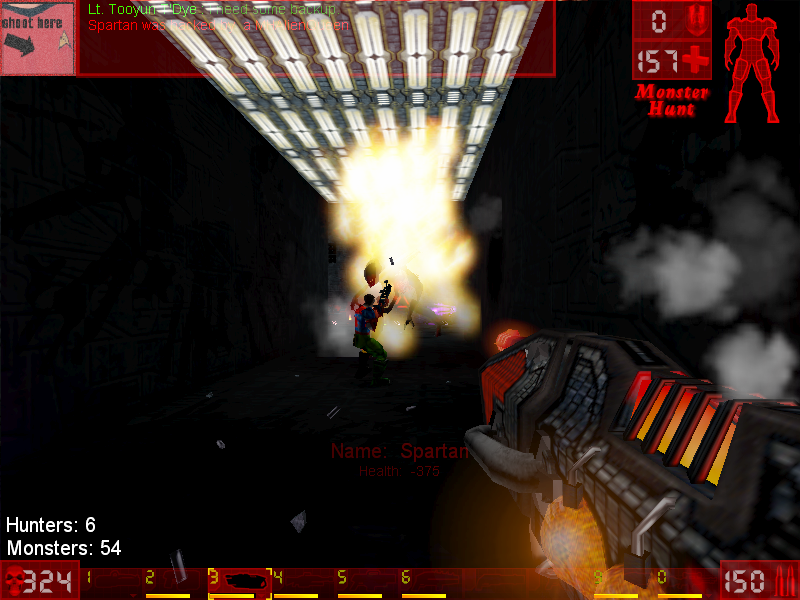 The version of MonsterHunt I have is the last upgrade made by the guys that originally created the gametype. I was already kind of an idealist to the same standard they had, that the transloc/teleport makes it far too easy to beat powerful monsters. So my MH has a natural tendency to lock it out. Unfortunately, to get to the final exits you've gotta access this area that's like 30 feet above you and there's no other way up there: 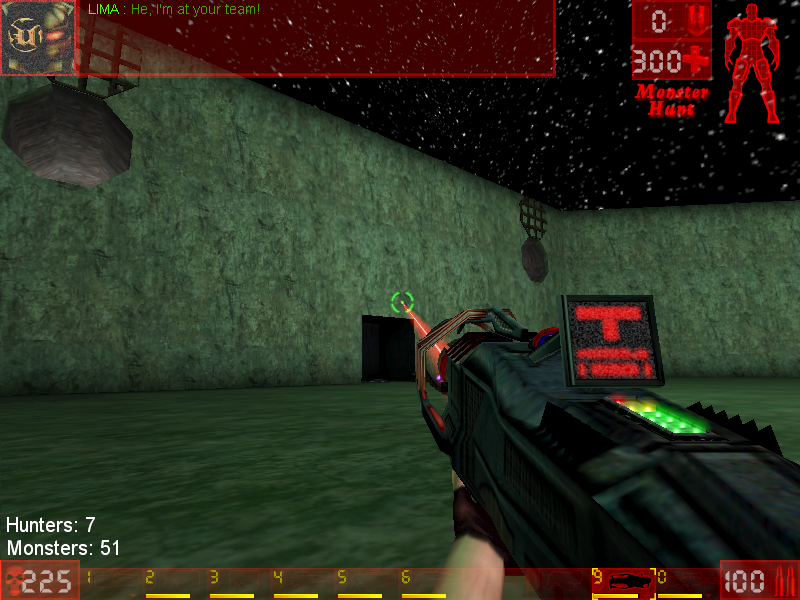 I may have to make a little edit to the map, just for my own verison, so there's a transloc to pickup once you get to that 2nd to last area.

If you didn't already download it above, grab it here · http://ut99-maps.uk-freerunners.co.uk/M ... Aleins.zip

Talk about bringing a knife to a gunfight... 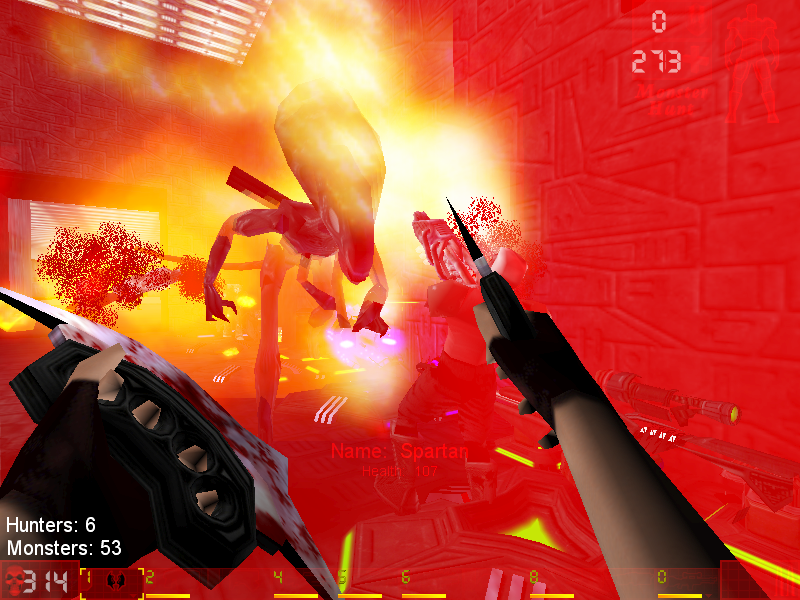