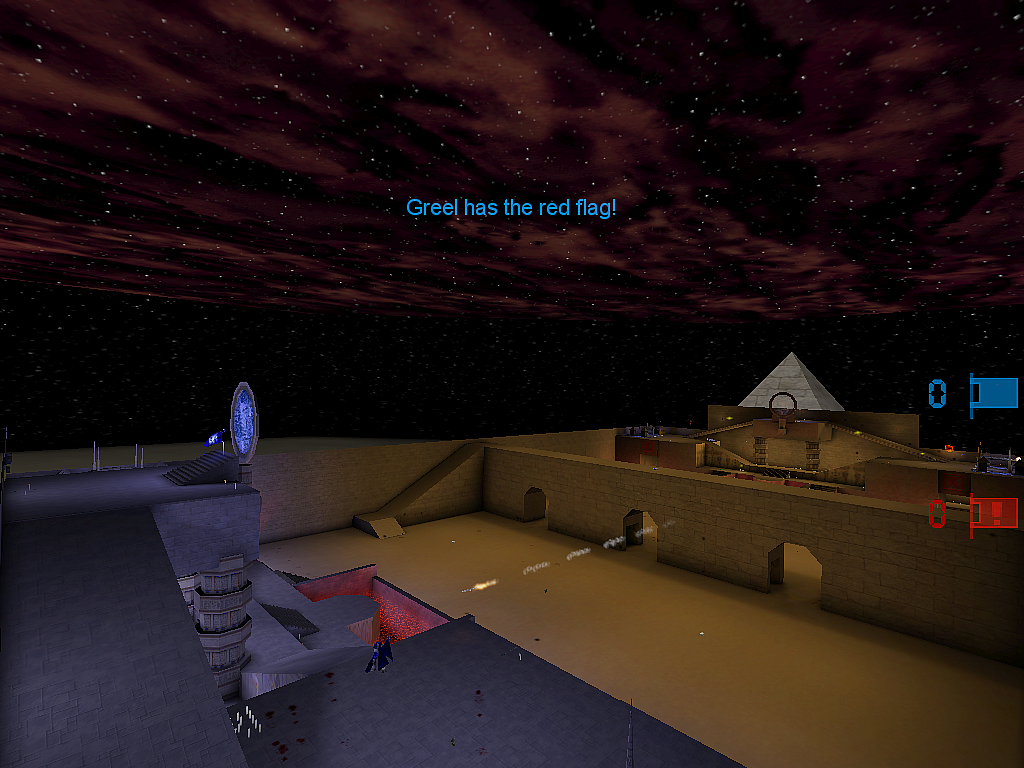 ...this map is clearly Stargate themed, and I've replaced most every weapon with the Goa'uld staff weapon. Originally intended for a mod project that fell through unfortunately, those that worked on that were French, so messages relating to that weapon are also in French/Francais.

I say almost every weapon as I left the redeemers alone. Which leads to an answer to a question I get frequently asked these days... yes, this map is large enough for RX/SLV. I couldn't handle those on here but I'm not that great of a pilot; this map would require an exceptional pilot to be able to handle that on here.

Both bases have 3 Stargates, main 1 by the flag. The map is subject to frequent quakes due to an alien ship that flies overhead periodically. 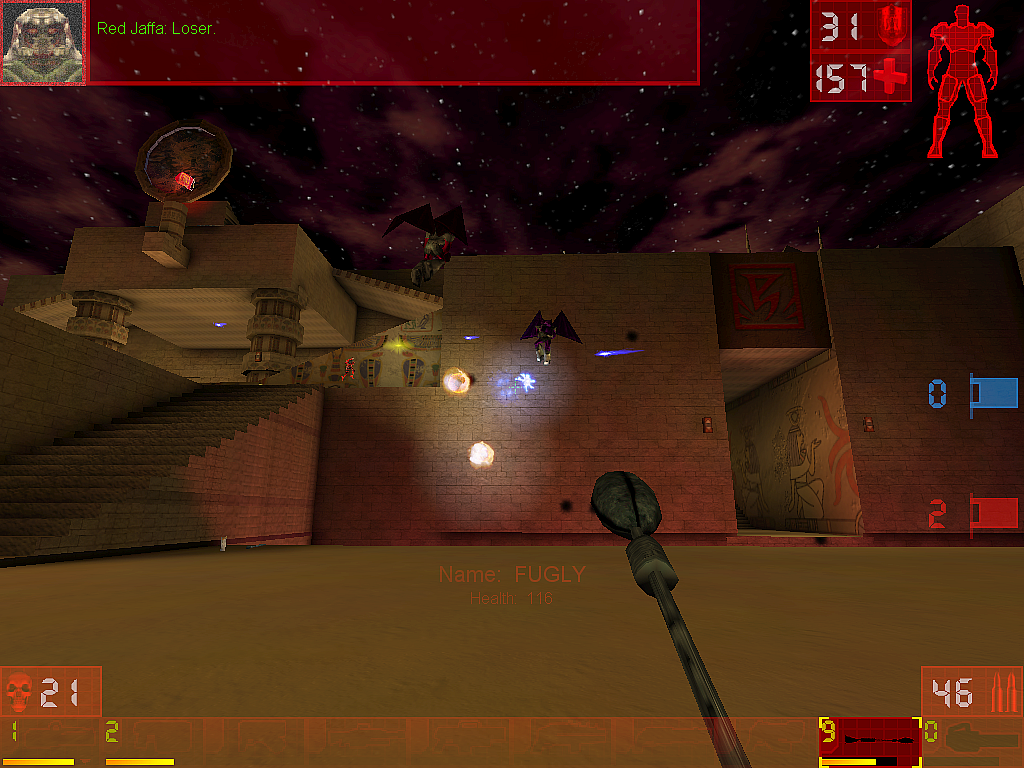 Bases also have 2 Warlords/Jaffa each. Combat can get fairly intense on here if you're playing it to even half of maximum capacity.

Pathing on this map initially sucked rocks, so Nelsona fixed that.