One of the guhzillion variants I've made from that map Kaal made, although admittedly this was the 1st, this map soothes me when I'm not in the best of moods. 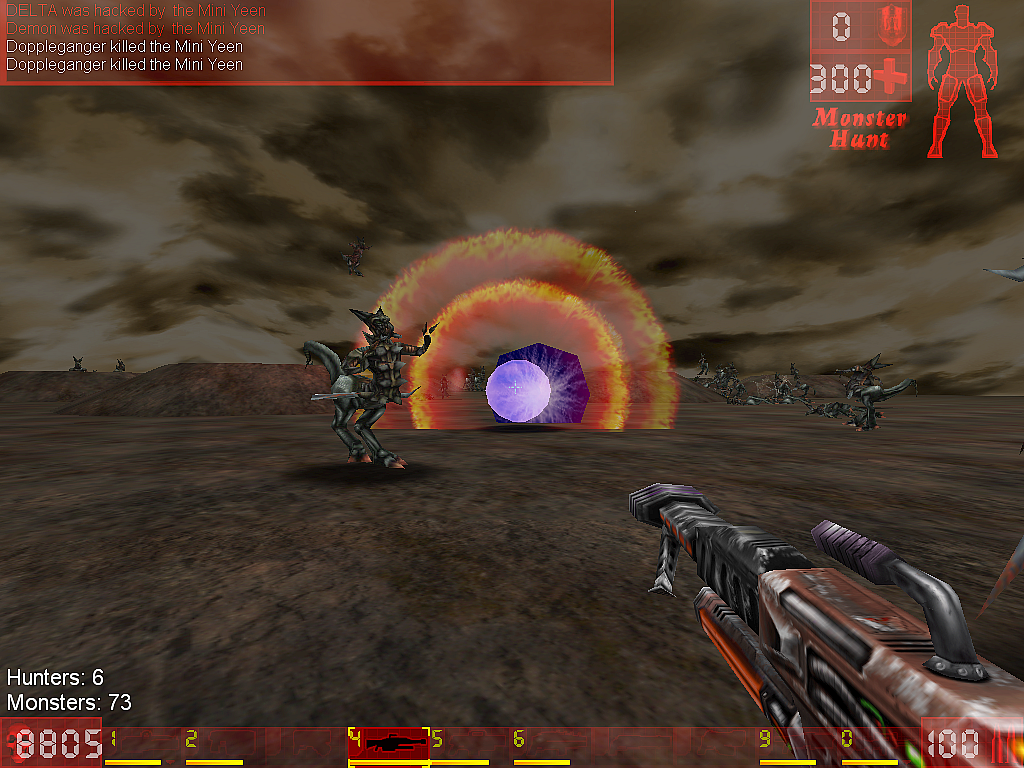 This was before Nali Weapons 3 was available, the BIG GUN on there is the Ultima-Protos from Nali Weapons 2 (which I admittedly like a bit more than the version in NW3). Most of the weapons on the map are standard UT versions, with the exception of the InstaComboGib which is like a standard Instagib on crack.

What is a Yeen? 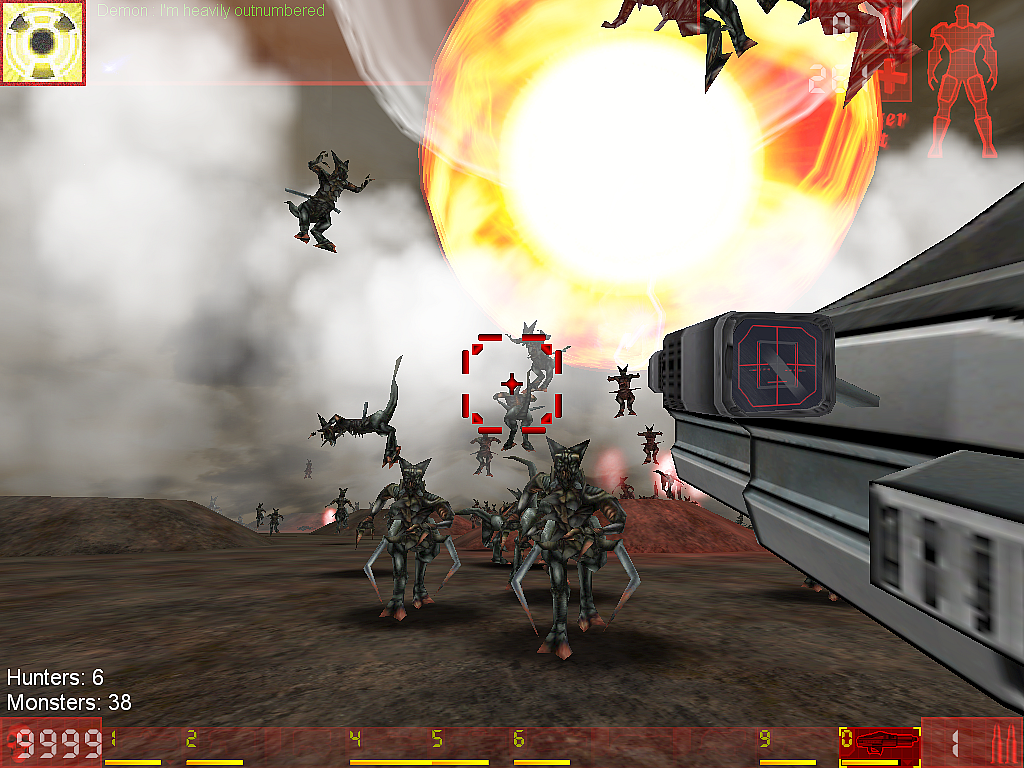 Yeens are an altered version of a Skaarj Queen, which has no projectiles and an unusual attack. It gets really close to you, turns around, and stabs you to death with its tail. It's not an entirely well coded creature, as it attacks its own kind unless there's a mutator to prevent monsters from fighting each other.

Also, it jumps and teleports a lot! 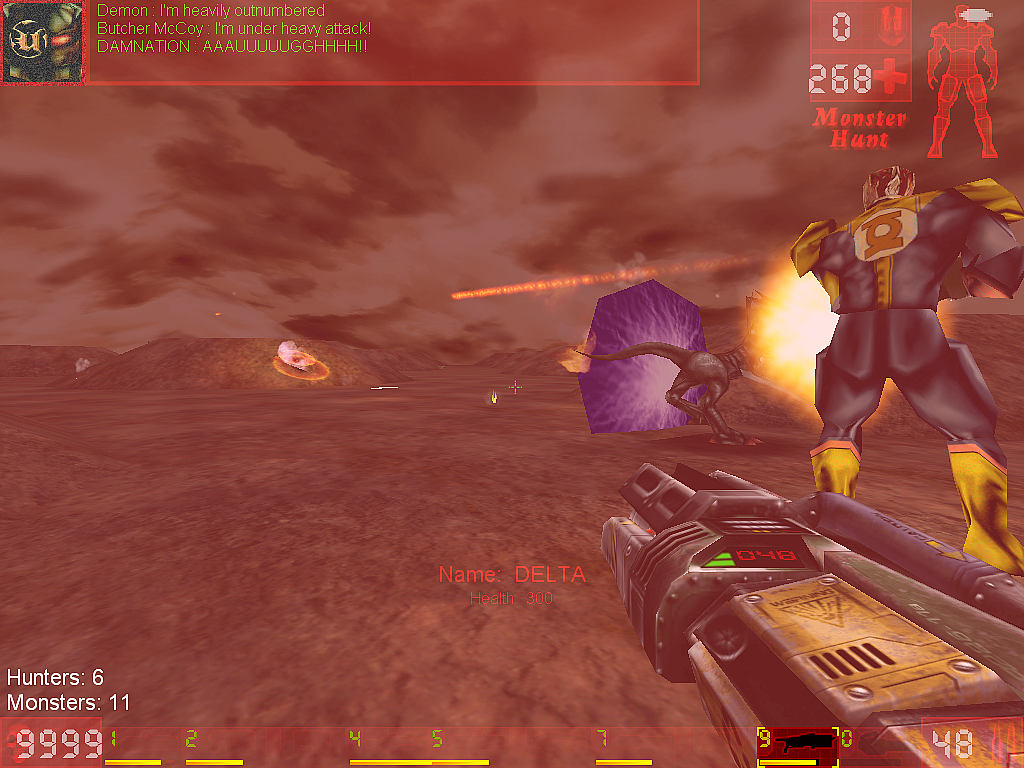 Action on this map is intense, bots usually launch a couple shots from the Ultima-Protos shortly after the Yeen spawn in and the explosions from those are devastating to everything on the map, players & monsters & bots alike. Not to mention blinding...

...map probably needs a safety notice to not play in very dark rooms and to wear sunglasses while playing.

You will need Nali Weapons 2 to play this map:
https://www.moddb.com/mods/nali-weapons-ii

Now... if you don't wanna download NW2 but still wanna play the map, this other download is a good alternative.

This version has the UKbadBoy, which is a specialized redeemer that uses the same explosive force as the NW2 Ultima-Protos. Plus it's alternate fire is a similar blast of a more mushroom cloud persuasion.

If you use an ammo regenerator in Monsterhunt like I do, you can fire multiple missiles from this thing: 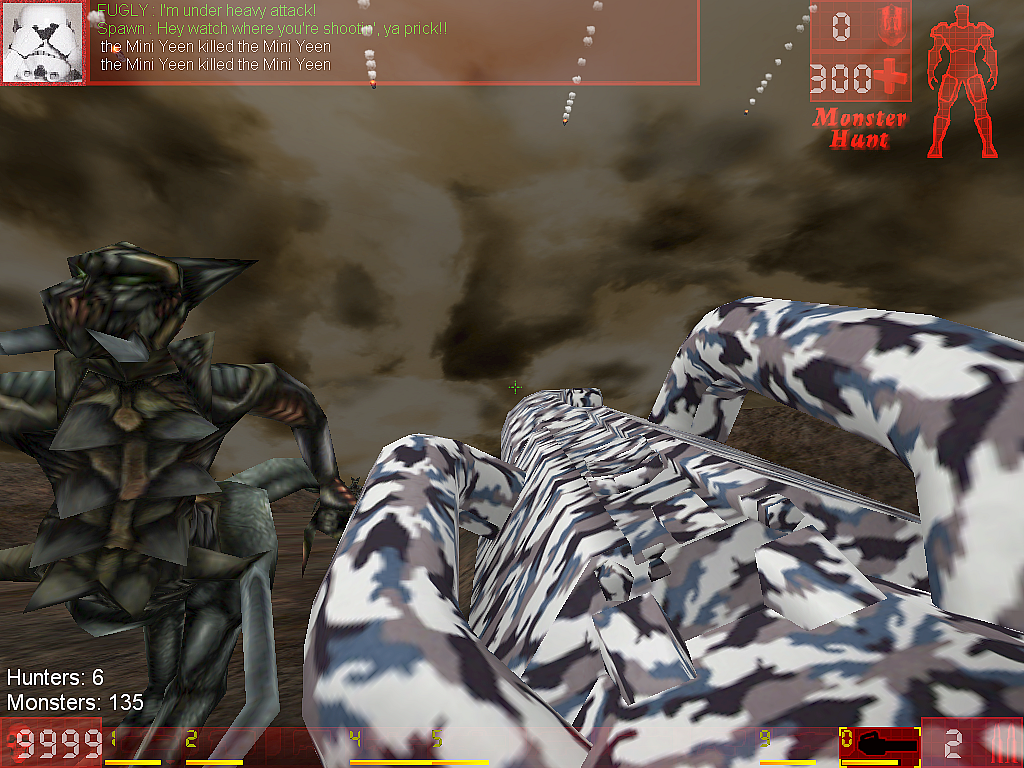 Also this version of the map has 2 versions of the Yeen... which is a bit more fun.