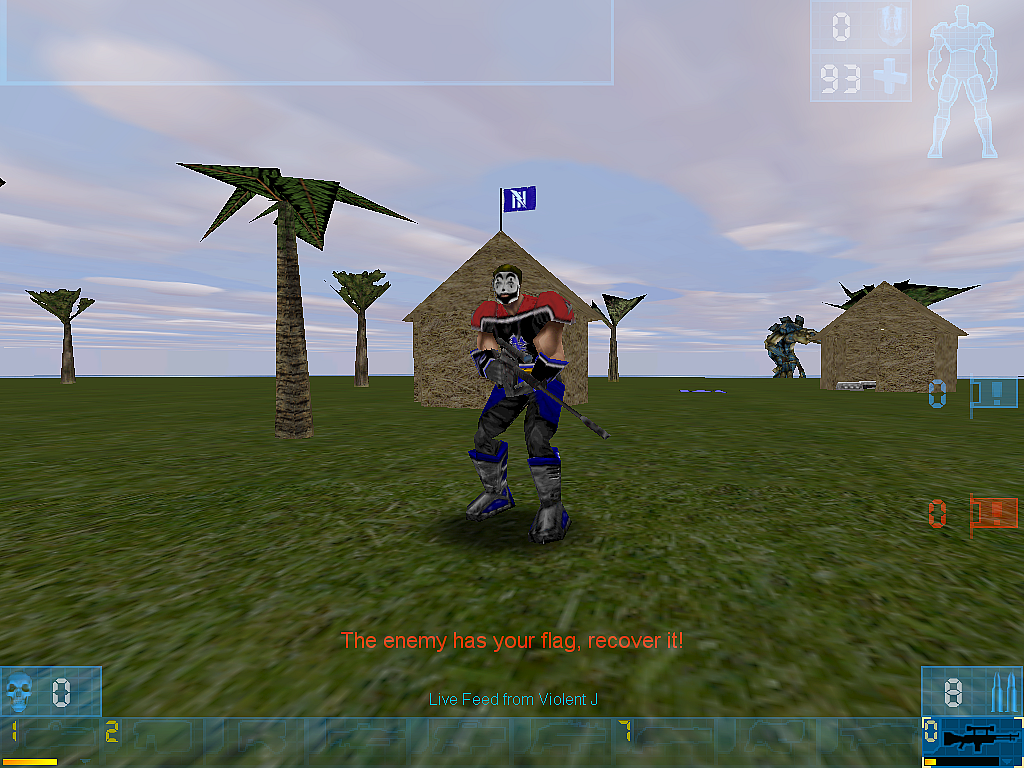 What we have here is an island, with 2 mountains on it, and flag bases on either side. There's a small valley between them, with a redeemer. It was a pretty decent map already but much better after Nelsona enhanced the pathing.

I tried several different redeemers (Standard, NyanCat, Fireworks, UKbadBoy) before I settled on one. The map's music is blanked, so I figured the NyanCat was the best choice.

It's a little more powerful than a standard redeemer and it plays amusing music before it nukes whatever it can. 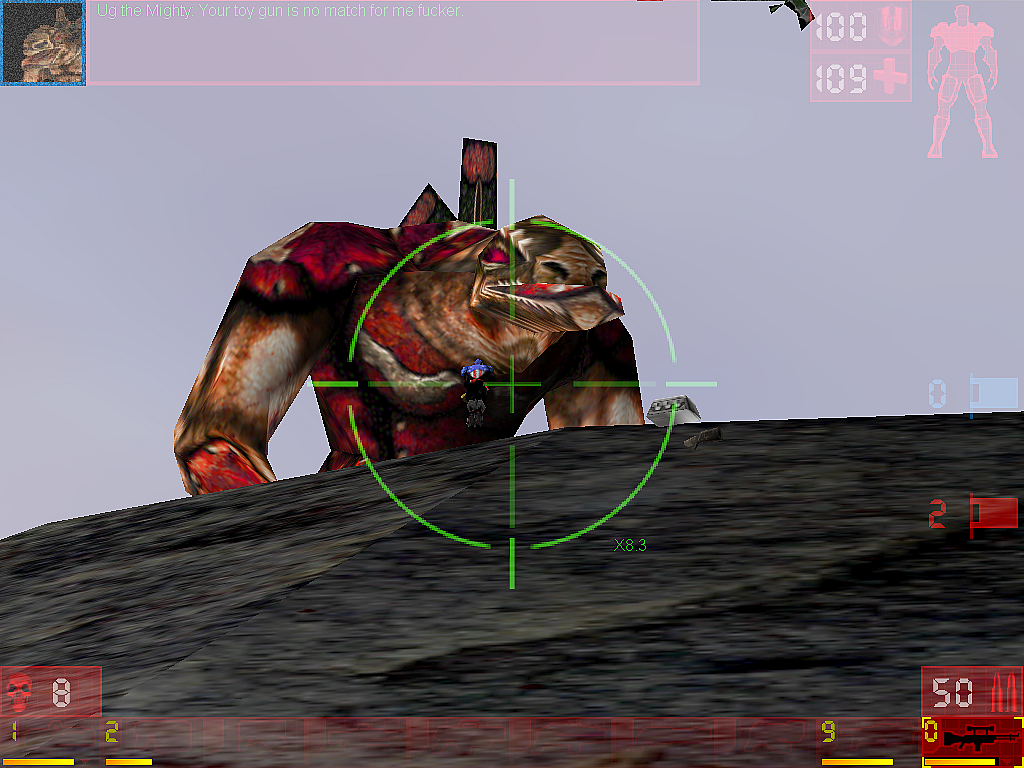 For the most part, they probably won't get involved in gameplay that much. With so much empty space and nothing holding them back, once they start wandering there's really no stopping them. I tend to run to my team's Titan when I've got the flag for the extra backup but that's not so effective when it's up to its knees in ocean.