MH-KillThemAll[EG] · well that only took about 9 years

MH-KillThemAll[EG] · well that only took about 9 years

I'm something of a credit whore when it comes to my edits, I obsessively try and get permission from the original maker of a map. Not so easy to do as most of those older mappers are long gone, but their downloaded .zip/.rar files often include a ReadMe with an email address which sometimes isn't completely unused anymore. In this case it was a post about this map on DestinationUnreal's forums that finally introduced me to the mapper who originally made this...

...and I was granted permission to work on any and all maps that mapper made. 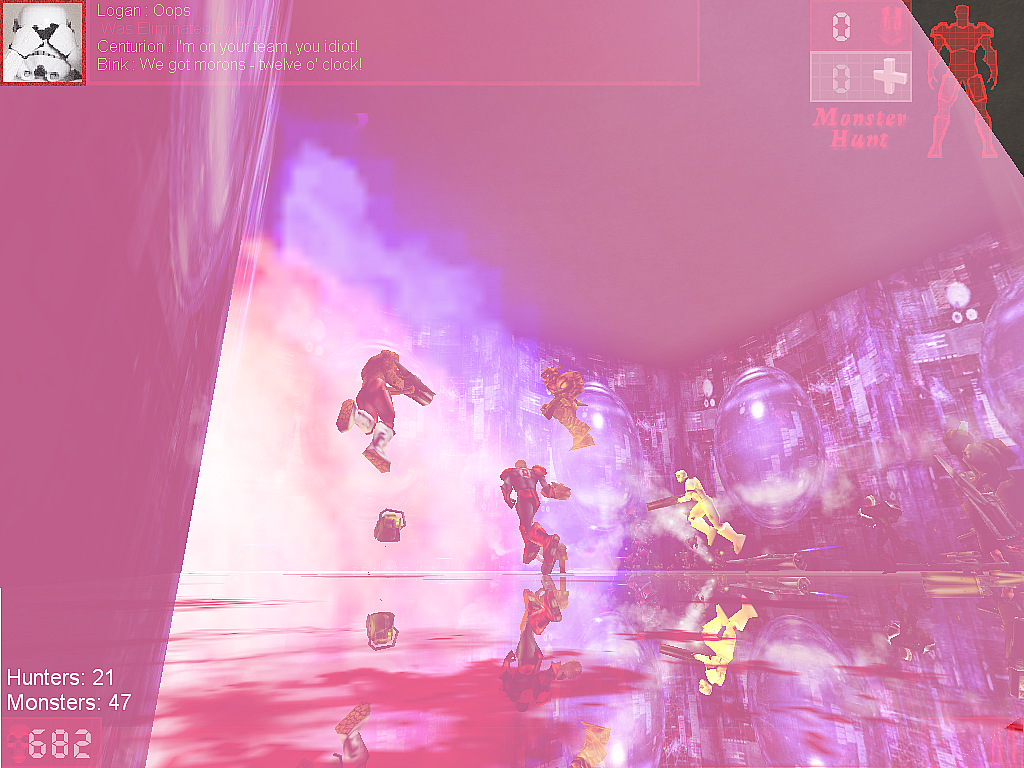 I started working on this map somewhere around 2011, possibly 2010. It's been done several times but I kept re-fining it. Finding new monsters that I wanted to include, and then later I was about to release when a new redeemer came into existence due to something I made mention of in ut99.org's forums, and it seemed better than what I had before. Some monsters caused repeated errors and needed replacing.

I wanted everything to be just right, and it didn't slow down other projects. I've edited about 100 maps, most for my own use, while I was working on this one. 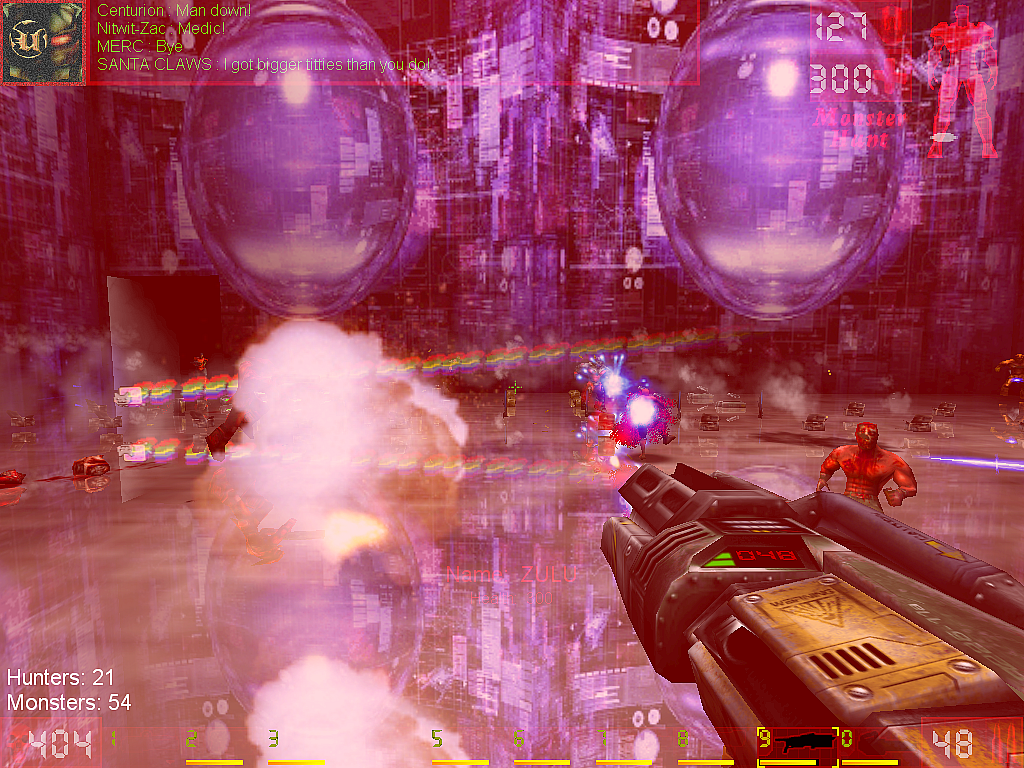 A few things:
· Maps I edit aren't specifically made for servers. Love it when people do put them on their servers, but mostly I setup for home games or possibly LAN games. Still, whoever you are reading this if you think this will work for your server then have at it.

· Map is a series of boxes, most of which have CreatureFactories in them. Monsters do not start spawning until a player or bot enters a room, most every room is blocked by a box. You beat all monsters in the room, you destroy the box to get into the next room... or if you're facing particularly hard monsters to beat you can try and break the box prematurely and get monsters started up in the next room. If you don't play with something that prevents monsters from fighting each other then maybe they can kill each other off making it easier for you and your team to get past there.

· As with most setups like this, each set of monsters is a little tougher than the last set. Though there's more than 1 wave here. The further you go the tougher they get... but then they get easier again and the cycle starts anew. The end of the 1st tough cycle is 6 rooms in.

· Once you beat the monsters in the final room, you take a QuantumJet and fly up to the exit. If you're one of those that likes to rush to the end of a map... good luck! I don't think that's possible here without cheating, but more points to you if you can manage it.

· Other more experienced mappers than I setup bot-pathing on this map, the folks at ut99.org are cool like that. This enables bots to traverse the entire map, although they can't end it; need a human player for that. This does cause 1 potential issue though, as some monsters are good at back-tracking pathing and will come at you all the way back to your starting room. There are a couple monsters on this map that do that frequently... so don't assume you're safe where you regularly spawn in.

· The redeemer on this is of the Nyan Cat variety. I sorta skinned the pickup but the dropped redeemer won't look like that; skinning weapons is tricky. I believe this is the latest version that was released. It's got a bit more punch than a standard redeemer, which is especially handy if you've got monsters that found your starting point.

· I play with bots all the time, not everyone does. I highly recommend use of bots on this map, as even when their skills aren't the sharpest they can still track an enemy faster than a human player can, and you may need that edge from time to time. Bots are you friends, not everything comes from SkyNET. 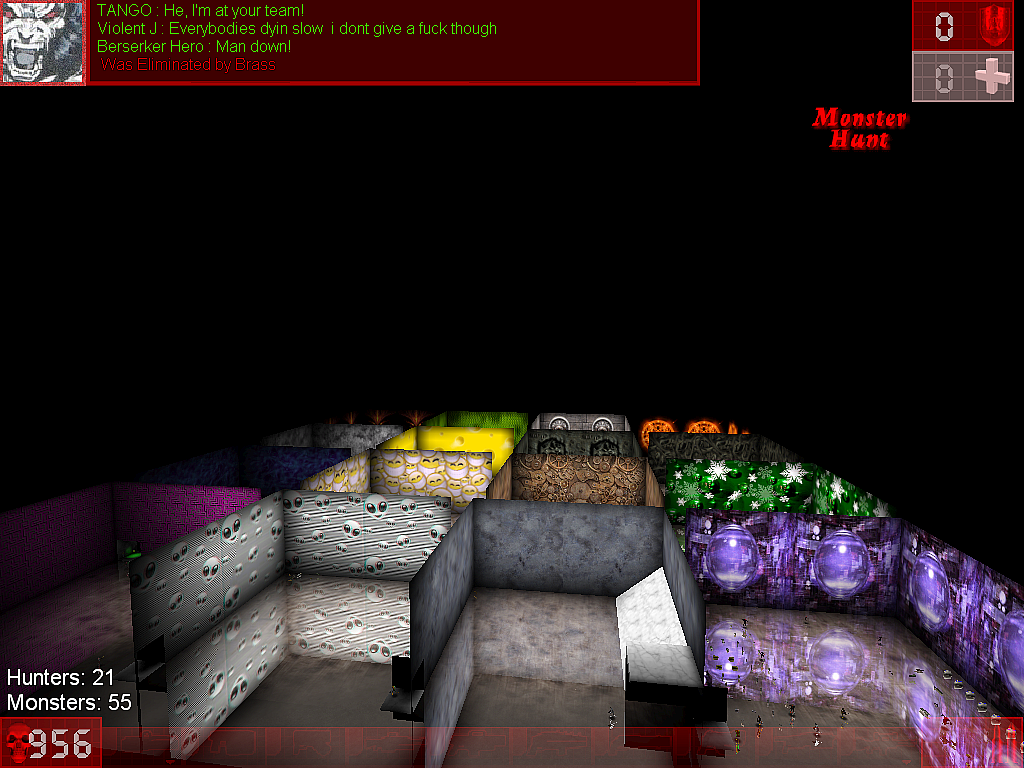 For those who live in areas where they're currently being encouraged (or forced) to stay home, this should make for an interesting challenge. I tested this map with 20 bots helping me, and it took us about 3 hours just to get to the final room... and another 45 minutes after that to get to the exit. We used no other mutators than something to keep healing us and reloading all ammo, so input from others that play this would be appreciated.

Specifically:
· How long did it take you to beat the map?
· Were you using any special mutators?

Re: MH-KillThemAll[EG] · well that only took about 9 years