Always been a big fan of maps with monsters in them, since long before UT ever had MonsterHunt; yes I've been playing that long. Didn't happen very often, and when it did it wasn't always on maps that were very good (not everything can be CTF-ProjectX) but it always made for a good change of pace. Especially when playing online, there's never a guarantee whatever game you join will be well populated... so monsters give you something to do whle you're waiting.

This is my favorite kind of map.

A chief complaint about that oldie was the Warlords on the map gave players 3 points when killed, plus once they were dead they were gone for good. So in looking to get around that problem I had to find monsters that don't give anymore points when killed than any other bot or player, and preferrably didn't die so easily. 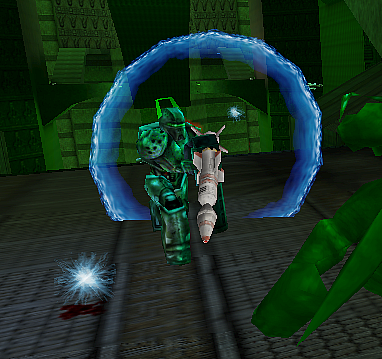 Boss: This is a monster of Xan. You all know Xan. Well, other than he holds his weapon funny (no pun intended) this is basically the same. He can take several hits from redeemers, once he gets his hands on one he can shoot them too, and he's got his own voicepack built in. 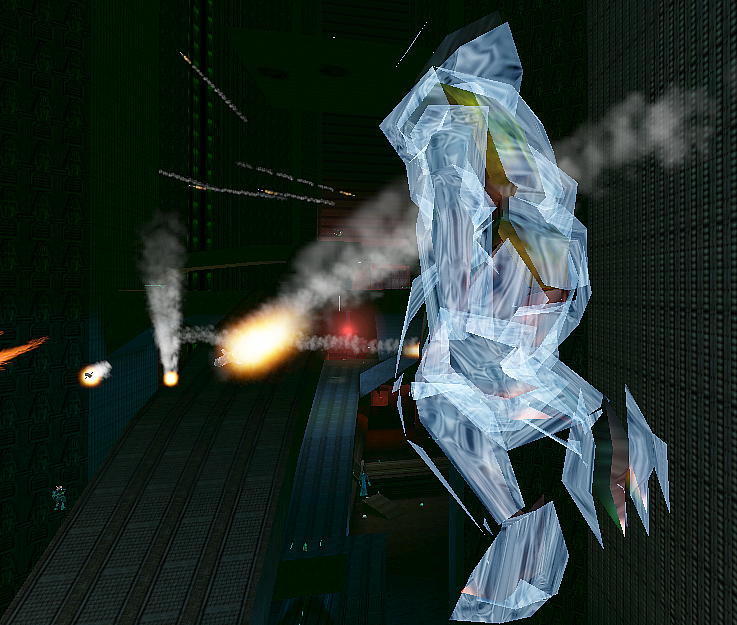 Cyberus: Taken from the Legacy Single Player game by Jack Griffin (aka GoPostal to some) this is 1 tough monster. Completely unkillable though slow moving, and has multiple weapons. It has full intensity dispersion ammo, redeemers, a weird angle shot that's hard to describe, and if you wander under him when he's flying you may burst into flames. 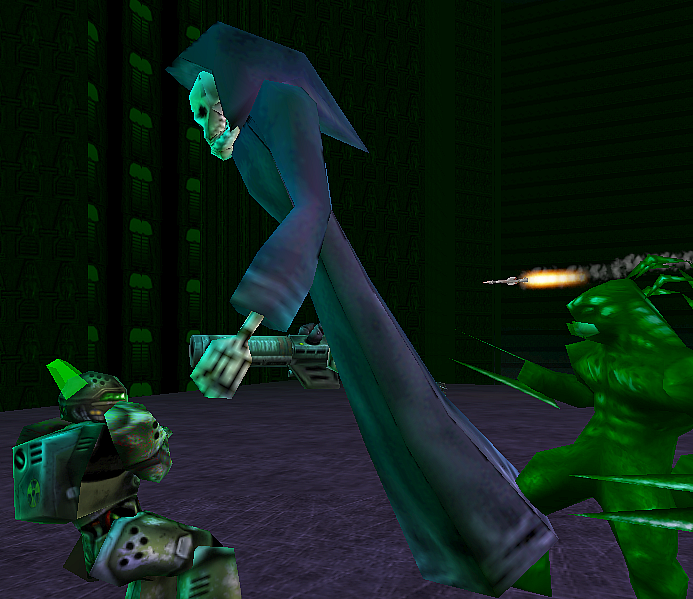 GrimReaper: This is by far the most powerful monster anyone ever made for UT99. It can survive multiple redeemer hits, teleport, move at blinding speed, fly, fire redeemers (which is not it's usual weapon of choice) and it fires others monsters (called SkullHeads) as a projectile. I was originally going to remove him after I couldn't remove that monster firing ability, as SkullHeads are scary enough on their own, but I figure if you're playing with redeemers they're not too terrifying... just very creepy in ambient sound. 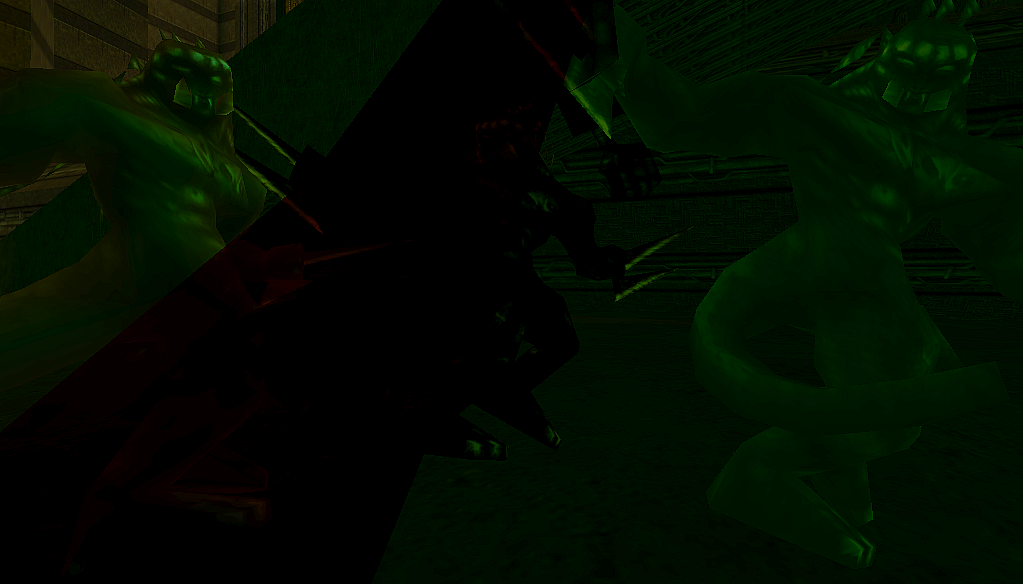 HallGuardians: In the previous version of this map I took away their projectiles, but due to another monster on this map I gave them back with an upgrade. Sometimes called the "Taste the Rainbow" Skaarj, these 4 come in all team colors but they're only on their own team. Setup to be able to survive multiple redeemer hits... they do an amazing job fighting SkullHeads. 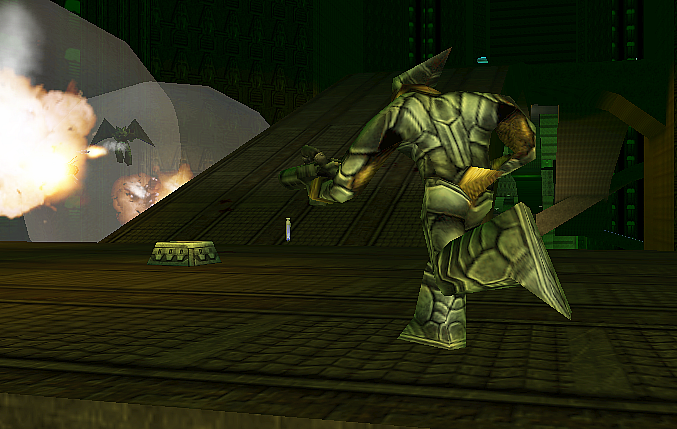 Player: I tossed a SkaarjPlayerBot into the mix... just because it can respawn. He's capable of winning the game, but he likely won't even come close if there's redeemers involved. 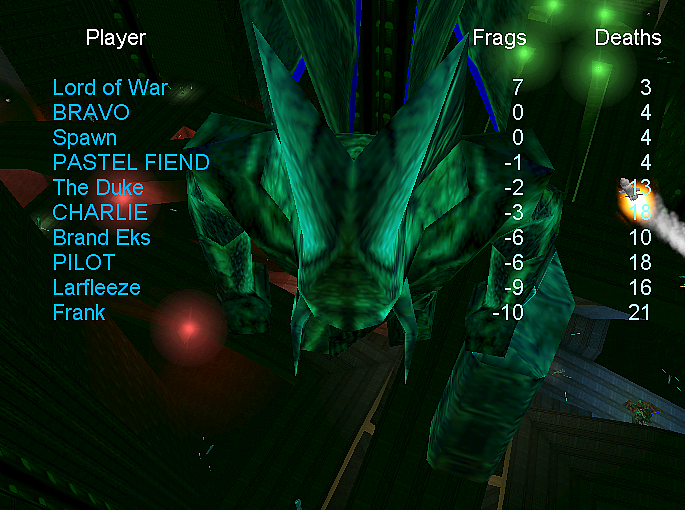 Unreal Tournament Deathmatch Warlord: This is one to watch out for. Capable of surviving a couple redeemer hits, it fires redeemers and it respawns too. As you can see, it can win the game potentially and given it's usually flying very far from the blast range that means it doesn't lose points as much as most other players... though it is funny when it kills itself as it insults itself (in the 3rd person) in a very self criticizing sort of way.

If you play this map with a redeemer mutator you stand a chance, though maybe not with conventional weapons. I haven't tested this with mutators that swap redeemers for other weapons, so no idea how that may impact things.