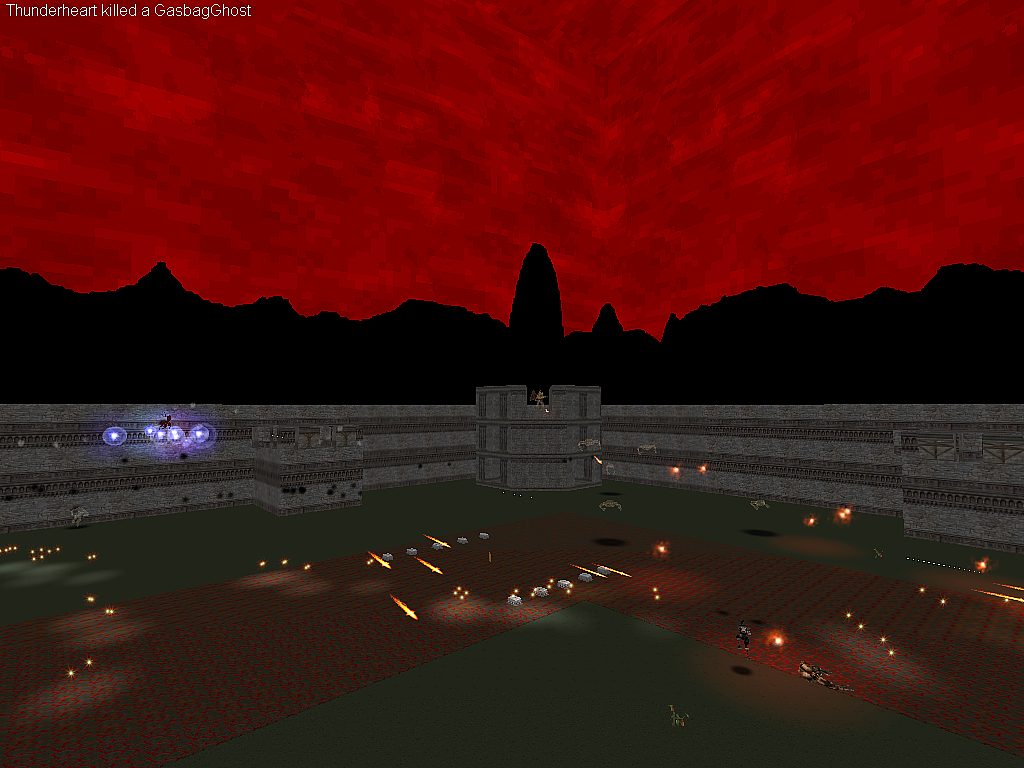 Stretch back, with help from Nelsona, I edited a Serious Sam themed map · https://unreal-games.livejournal.com/112419.html

Since then I've made a few other edits of it, but mostly only to test new monsters I've found and/or to test various weapons on them. There's a Jurassic Park one, an Aliens vs Predator one, etc.

That last one I can't find any adequate weapons to beat even the 2nd wave of monsters.

The initial one got put up on a few servers, and I got the same comment from the admins of those. Apparently a lot of players used double-jump to get up on the walls and run all the way to the end. Given lots of us hate those that rush to the end, I've been debating various ways to defeat that problem, some of which are incorporated here.

This is a recovery situation for a failed DarkForst map, using the same monsters for that and even more as DF only has about 6 to 9 CeatureFactories and the Serious Sam one has 23. So there's some adapted Doom monsters, more than a few Quake monsters, some from the HauntedCreatures.u and a few other things.

So you know... the ghosts from Ghost.u can be killed but not easily!

I'm also working on a Christmas themed version, but it's not quite ready yet.

There are virtually no UT weapons on this map, they're Doom weapons instead: 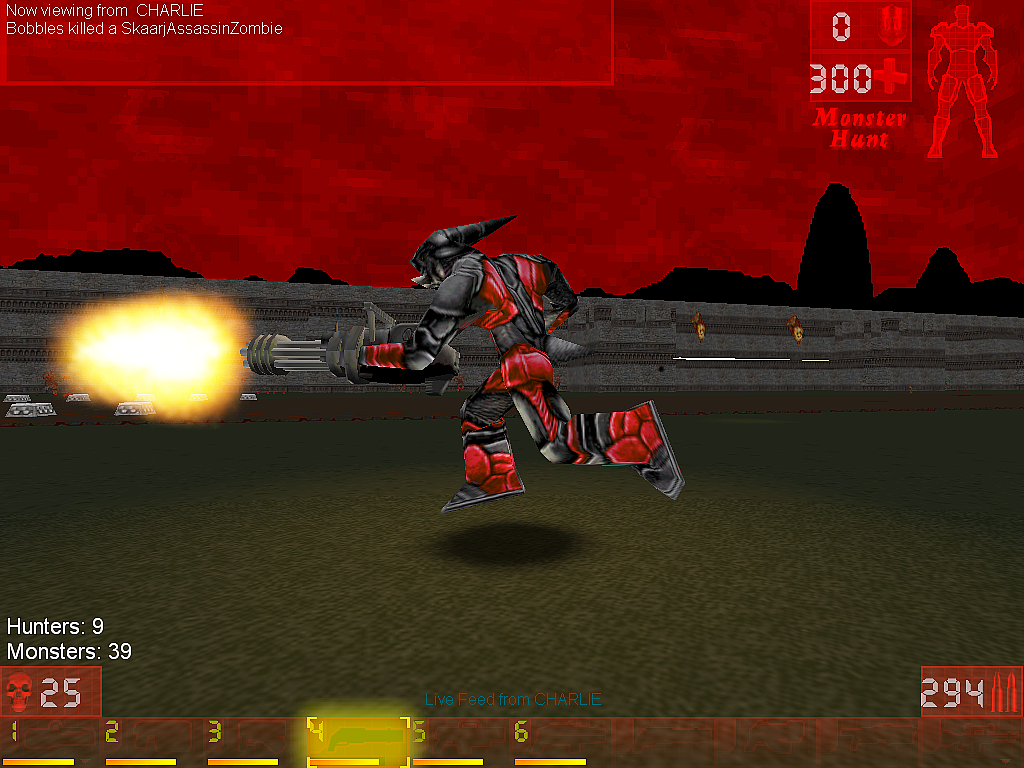 There are some redeemers in hidden rooms and not convenient locations.